For the second time this winter we got an extraordinary weather pattern that brought about unseasonable wind and rain to South East Queensland.  An east coast low pressure system, in conjunction with a surface trough brought us strong winds and large amounts of rain.

We only received 75+ mm, but this represents a significant one day fall, when the monthly average is just 42mm.

While the large amounts of rain play havoc with parts of the property, we are always happy to see rain.  In the previous 5 months we have had severely low rainfall, at times less than half the monthly average in any given month.

Water control to correct and control erosion is a top 5 priority for us here at Arborlon.  Part of our work to control water and water flow is the building of the South Park wall and back-filling and planting the upper side to ensure that no more soil/topsoil/usable land is lost.

Just prior to this second rain event, we had completed the wall and had grass growing(from seed) in the new areas of soil.

Our timing couldn’t have been worse as the rain event was predicted just as we saw the grass germinating. With fingers-crossed, we hoped that this rain event would not cause too much damage to the grass the soil and the wall.

We were lucky.   Little damage was incurred on the new grass areas, and we repaired some of the washed out bits in the following days.  Most of the new grass was still intact and in place, so with a little sunshine and water we should have some decent ‘lawn’ in place before the next big rain.

We took the easy option at first, and have just used regular couch grass seed to start the new areas.  It is our intention to obtain some native grass seed to over-sow and use in other areas of the property.

We did unfortunately have some damage from this rain event with the top section of the South Path wall continuing to fail/fall.  The vertical posts have shifted off vertical as the ground they are supported in gets soaked, softens and slips.  The lean on the vertical posts is now somewhere near 12 degrees.

But that is another story. 🙂 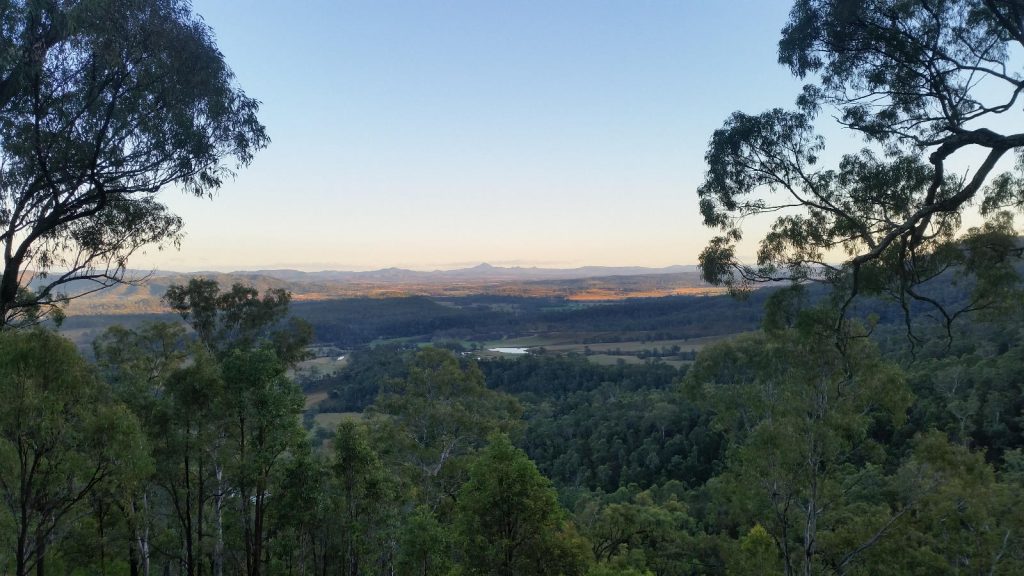