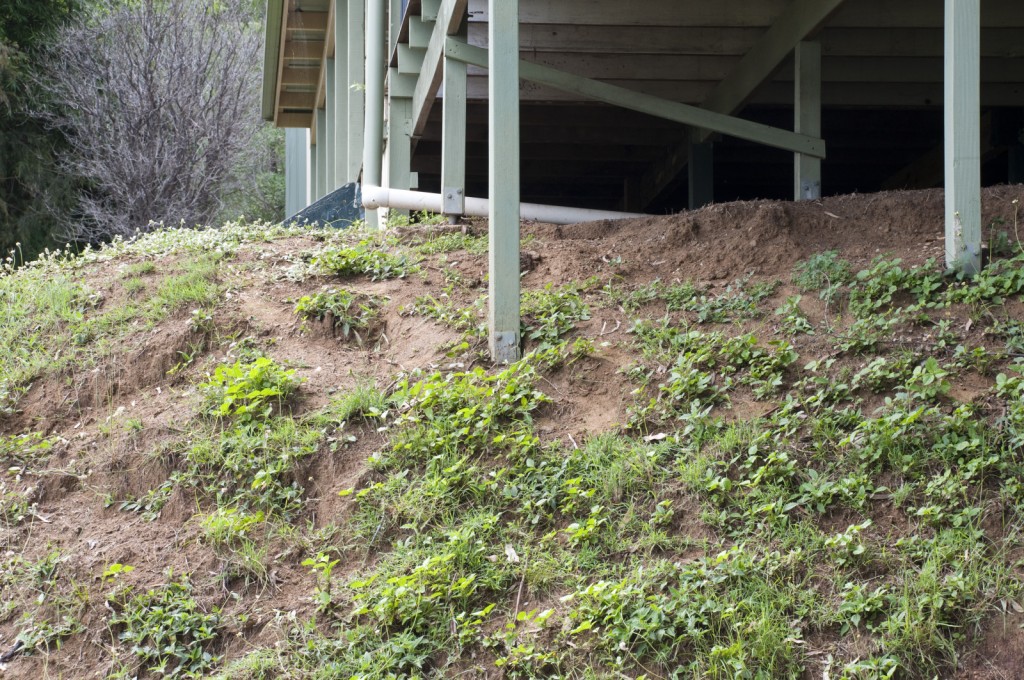 Many parts of the hill that our house is built on have been affected by erosion.This is due to many factors including:

As we have mentioned before, neglect of the property and it’s environs is a significant issue, and this has made the problem of erosion a significant one.  Lack of maintenance, poisoning of gardens and trees, and lack of storm water control has had significant impacts on the land our house sits on, and also on other areas of the property.

This can be seen clearly in the photos below. 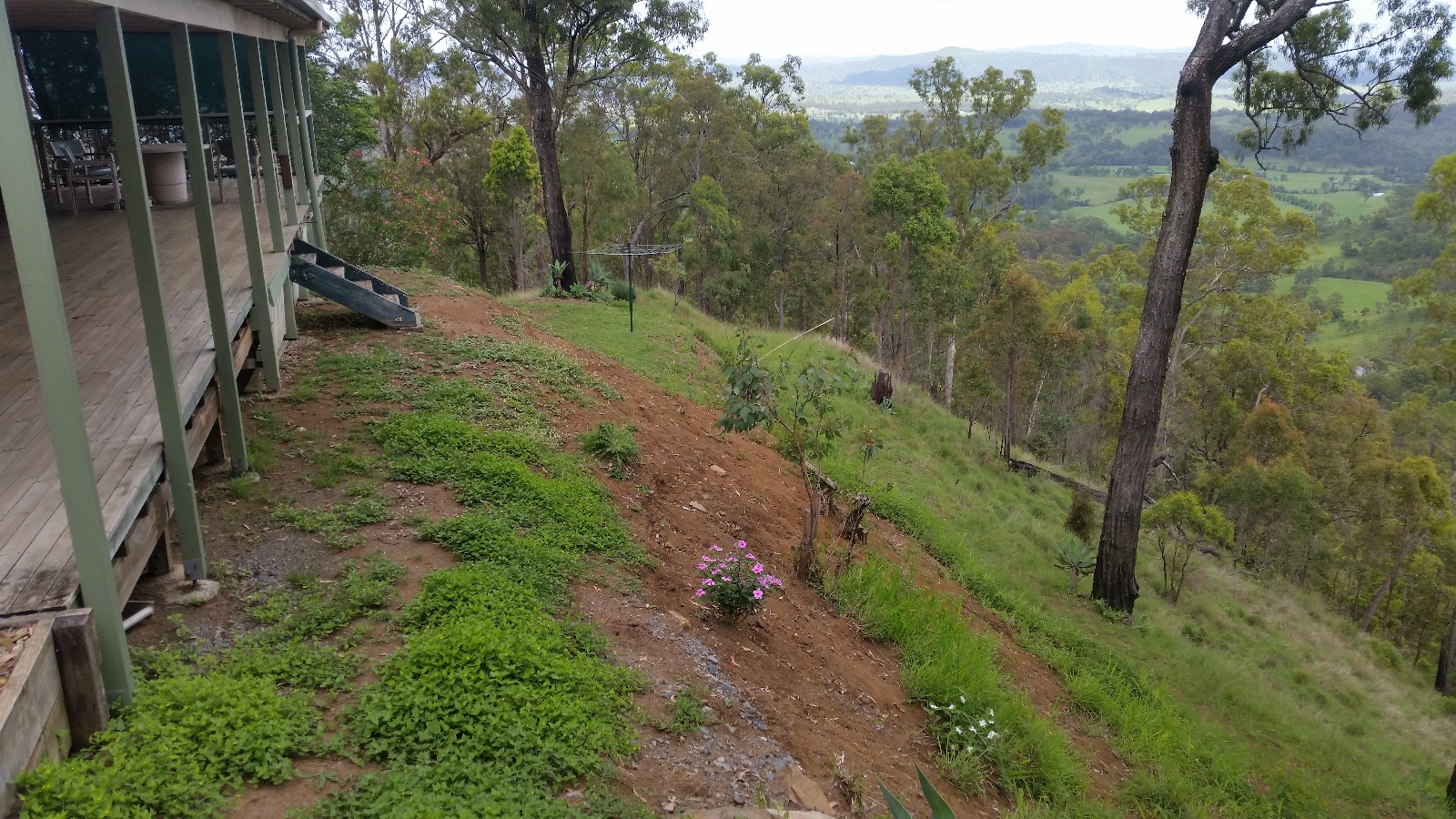 As someone who has seen this property at it’s best it is disheartening and disappointing to see the damage done by neglect and damage to the vegetation and environment.