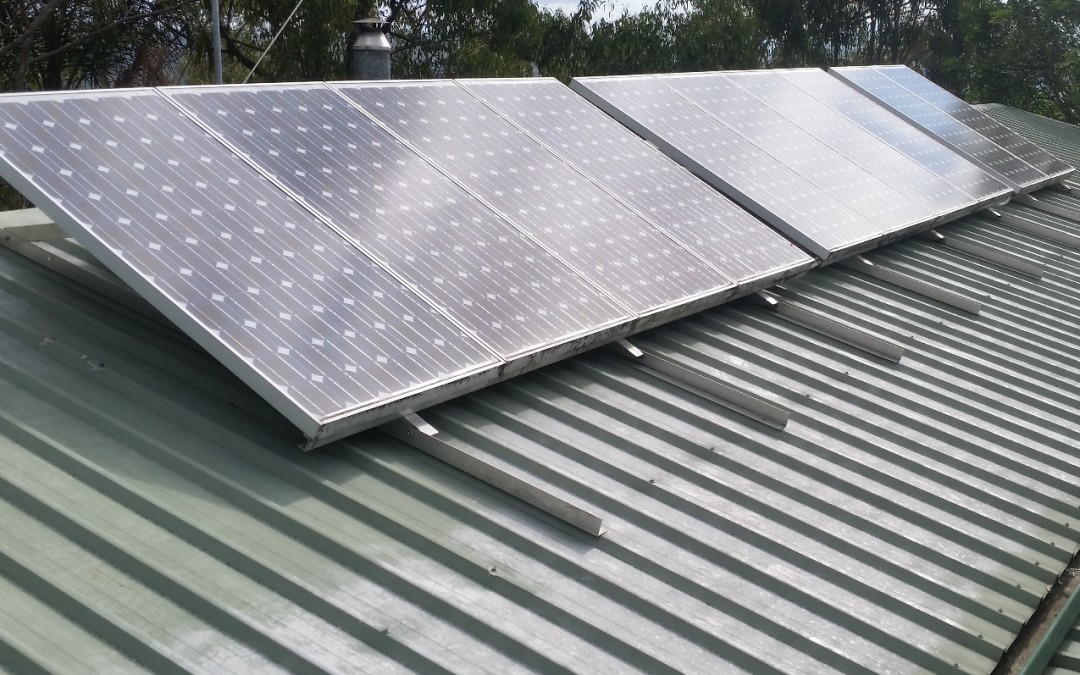 Our “old” solar system has been in place for 15+ years, and I am still learning new things about it as time goes by.  This is not helped by the lack of documentation and information on the system.  It’s seems previous owners just assumed it just worked….    which it does.

That said, I have found it to be a very well designed system and that includes the custom rack that supports the BP 190W Solar Panels.  They are custom built from angle and channel aluminium, and are solid, well attached, and as I have found also adjustable.  That is, the angle of the panels is adjustable, which is a huge bonus. 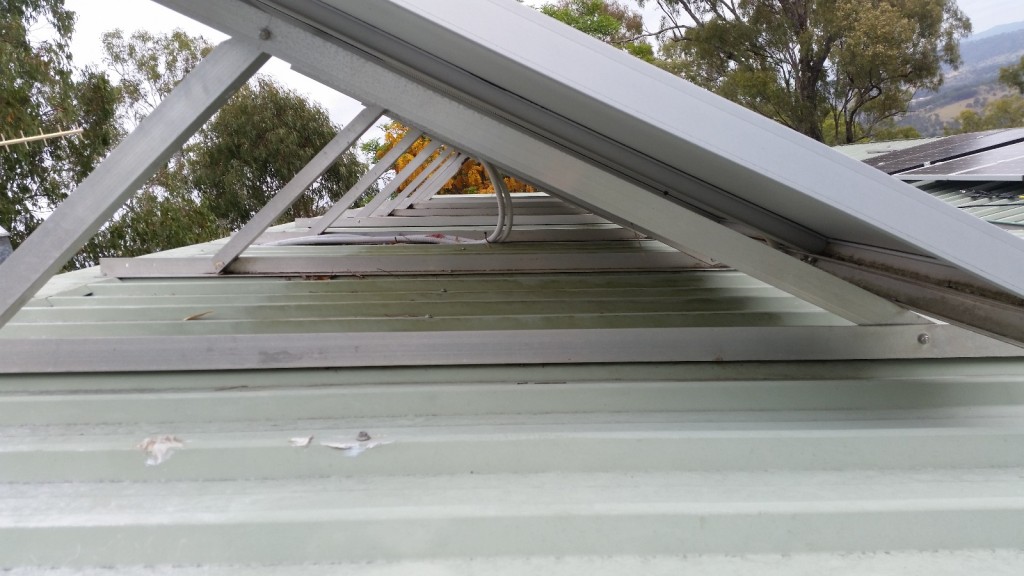 What I did discover though was that the panels were set at a truly unbelievable angle. – 41 degrees !?

The rule-of-thumb for solar panel angle(assuming north facing) is that they should be set at an angle equal to the latitude of the property.  The latitude here at Arborlon(Cainbable) is -28.11 – so we would assume that an angle of 28 degrees would be correct, and it is.

But some research done at UQ(University of Queensland) looked at the ideal tilt angle for solar panels in Brisbane. The latitude in Brisbane is -27.46, but the study found that the ideal angle was 26 degrees.

My “guess” is that  we should use a similar calculation, and that the ideal angle here at Arborlon would be approx 27 degrees. When I build the racks for the “new” solar system this i the angle we will use.

But the “old” system is set at 41 degrees.  I have no idea why they would be set at such an angle.  My assumption is that they were last moved/adjusted in Winter, when a larger would be advantageous as the sun has shifted north in the sky.  I am still to do the research for sun angles in winter here, but will post when I have more info.

The “old” system racks are adjustable, and with a quick loosening of a couple of bolt I could lower the panels to a more appropriate angle – xx degrees.  I have not quantified the actual difference the change in angle made, but I have no doubt that the change massively improved the efficiency of the panels. We have not ‘run out of power’ on the “old” system since I made the adjustment.

You can see the clever design of the rack adjustment in the picture above.

We have plans for more panels to be added to our shed roof, and I will use a similar system on those panels and on the initial “new” system panels.

Another job to add to the never ending to-do list.