There is usually some action to add to the entertainment, but every few weeks or so “the boys” seem more interested in fighting than anything else.

This morning is was on!

A ‘young buck’ male wallaby took on “The King” – our local alpha male Pretty-faced Wallaby. They were not mucking around and the fight continued for more than 30 mins.

In amongst the usual scratching, slapping and choking they threw each other to the ground a number of times, and at one stage they tumbled down the hill locked together, 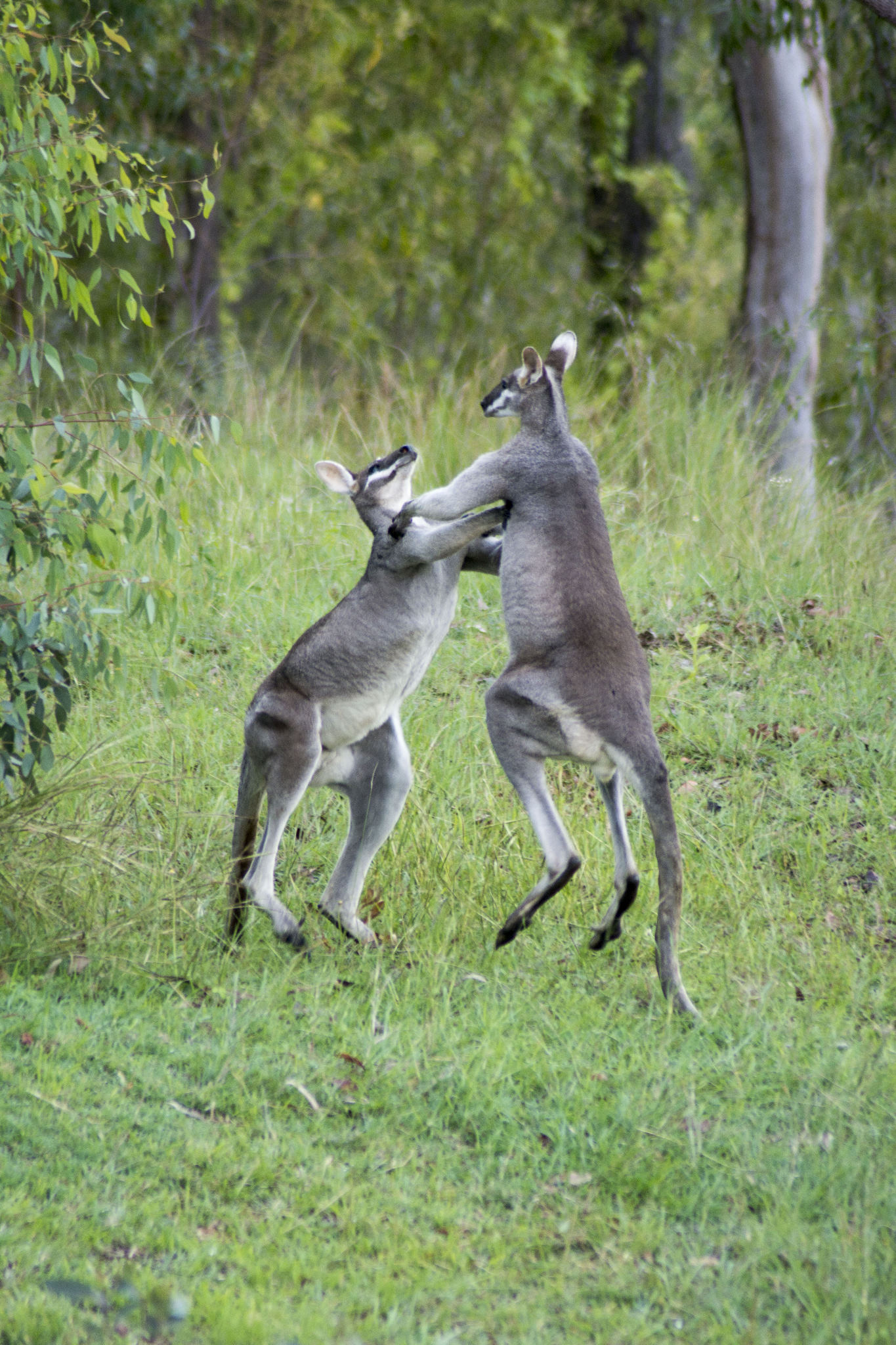 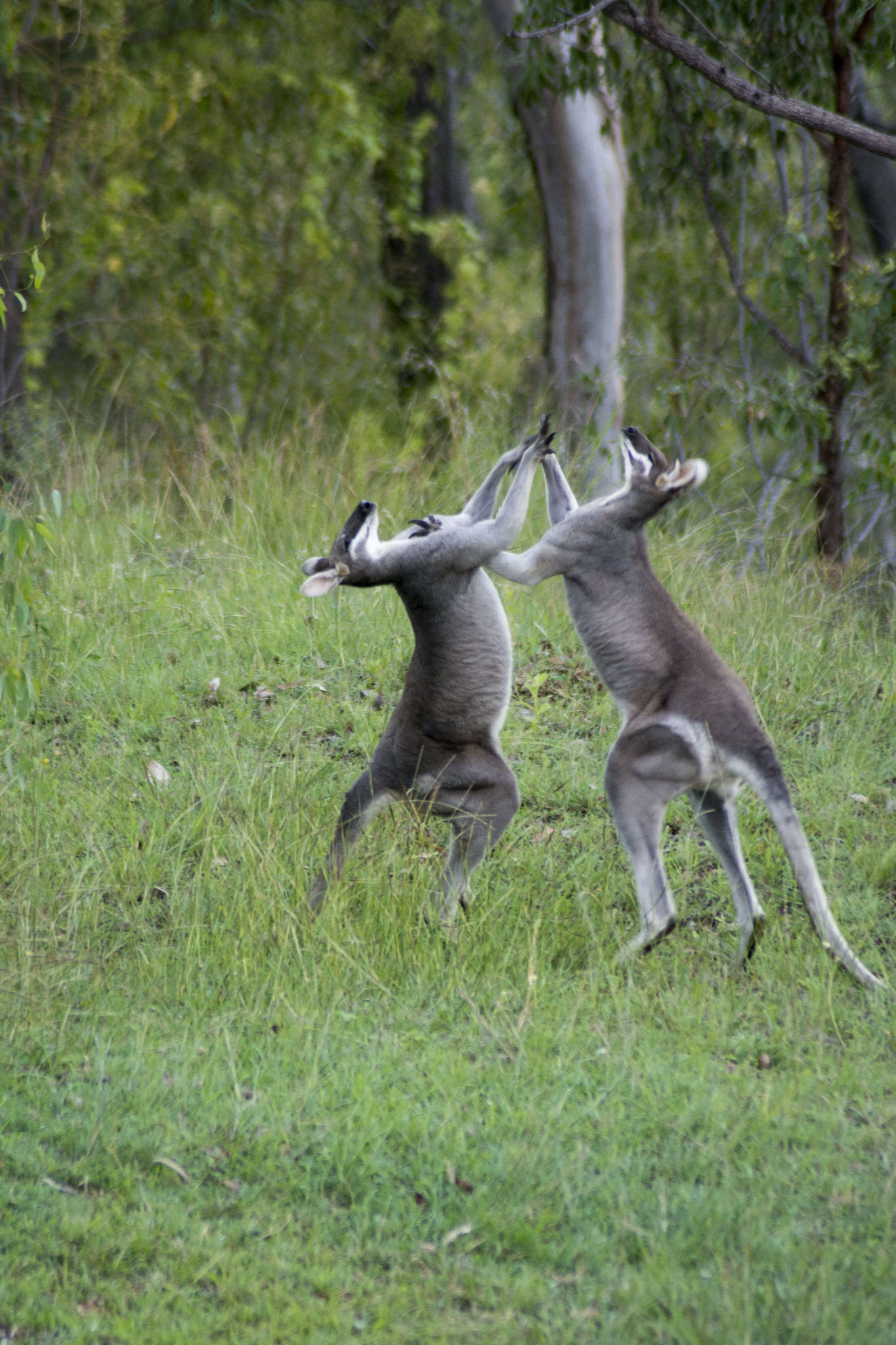 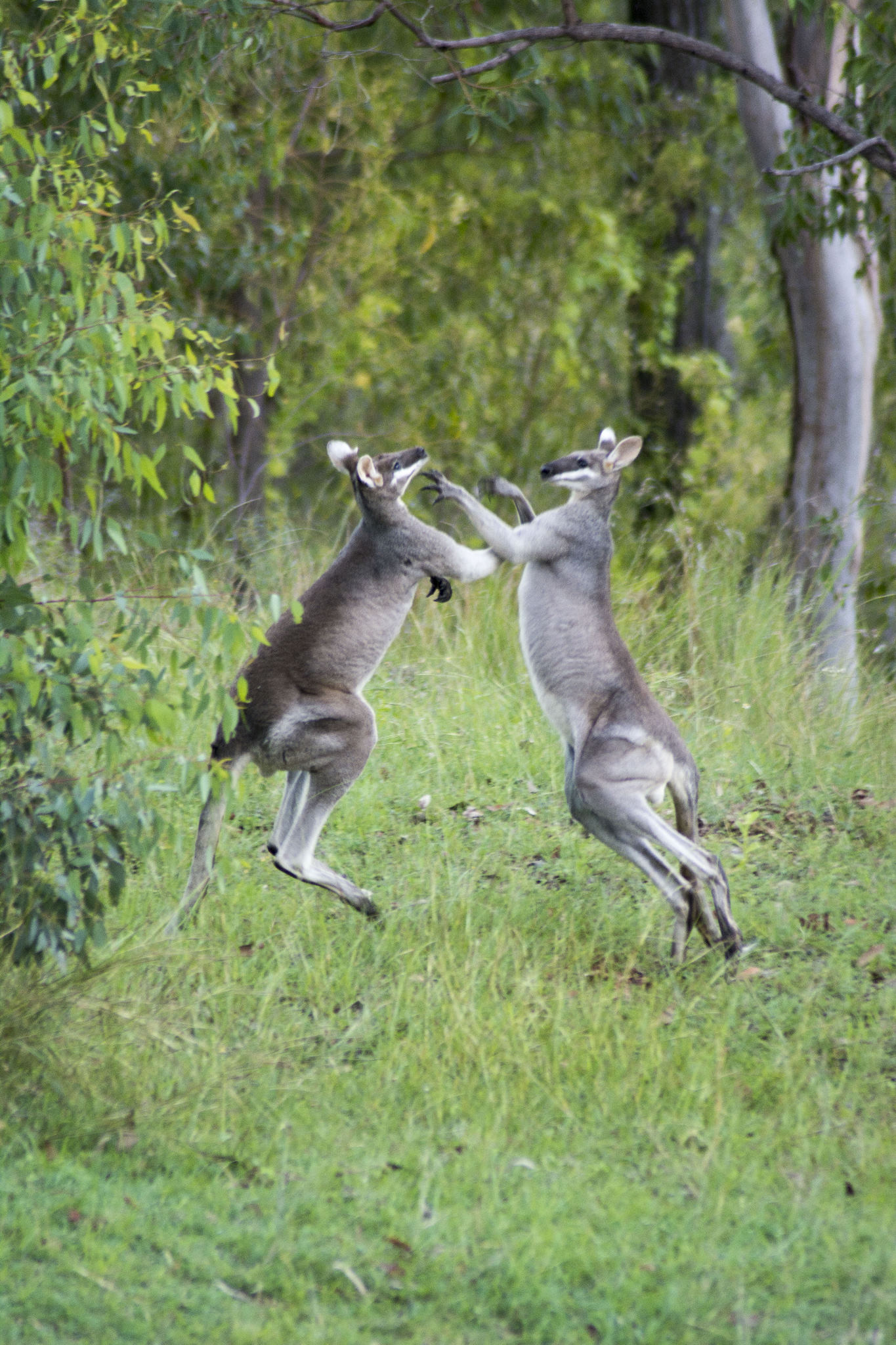 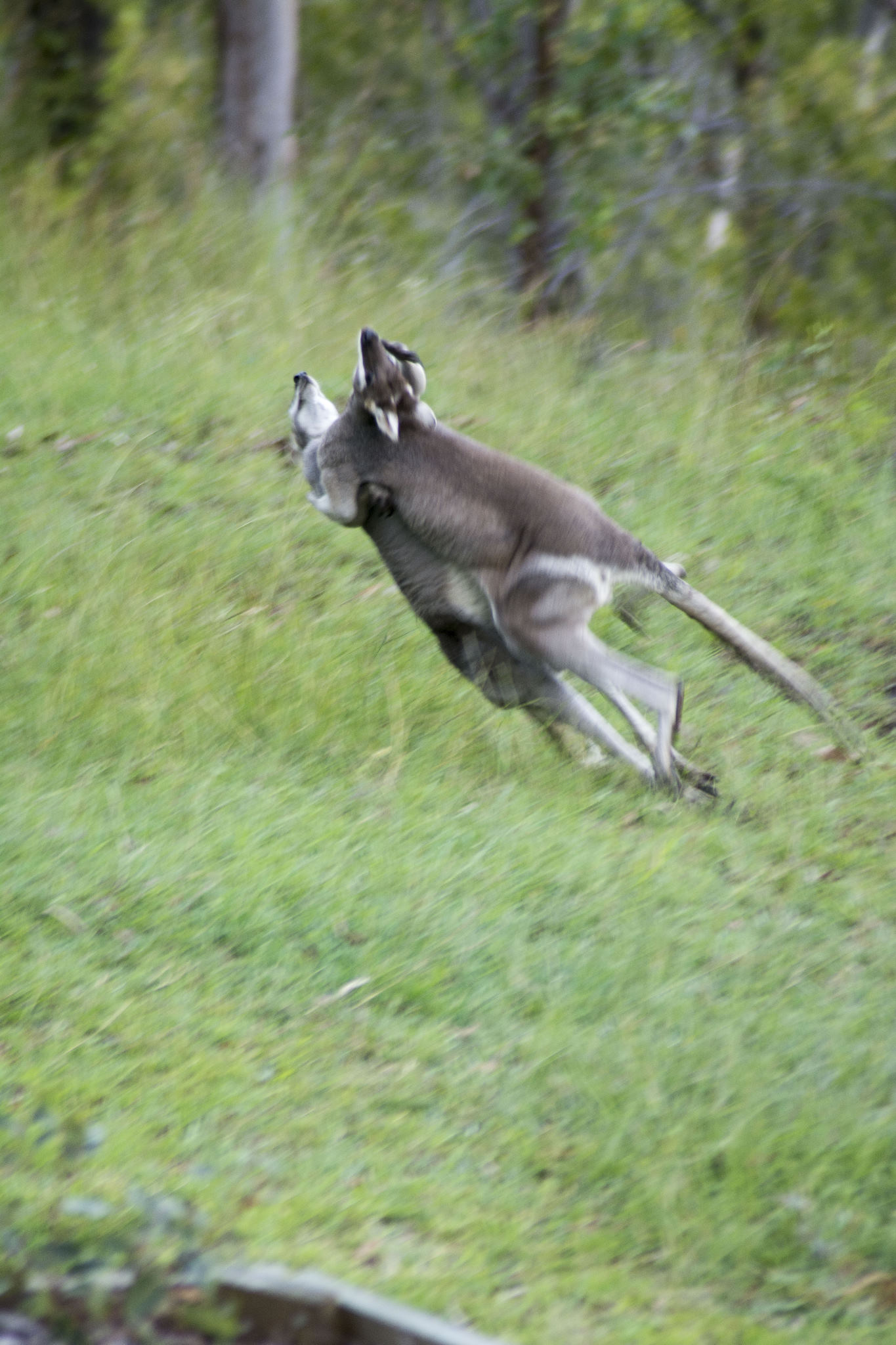 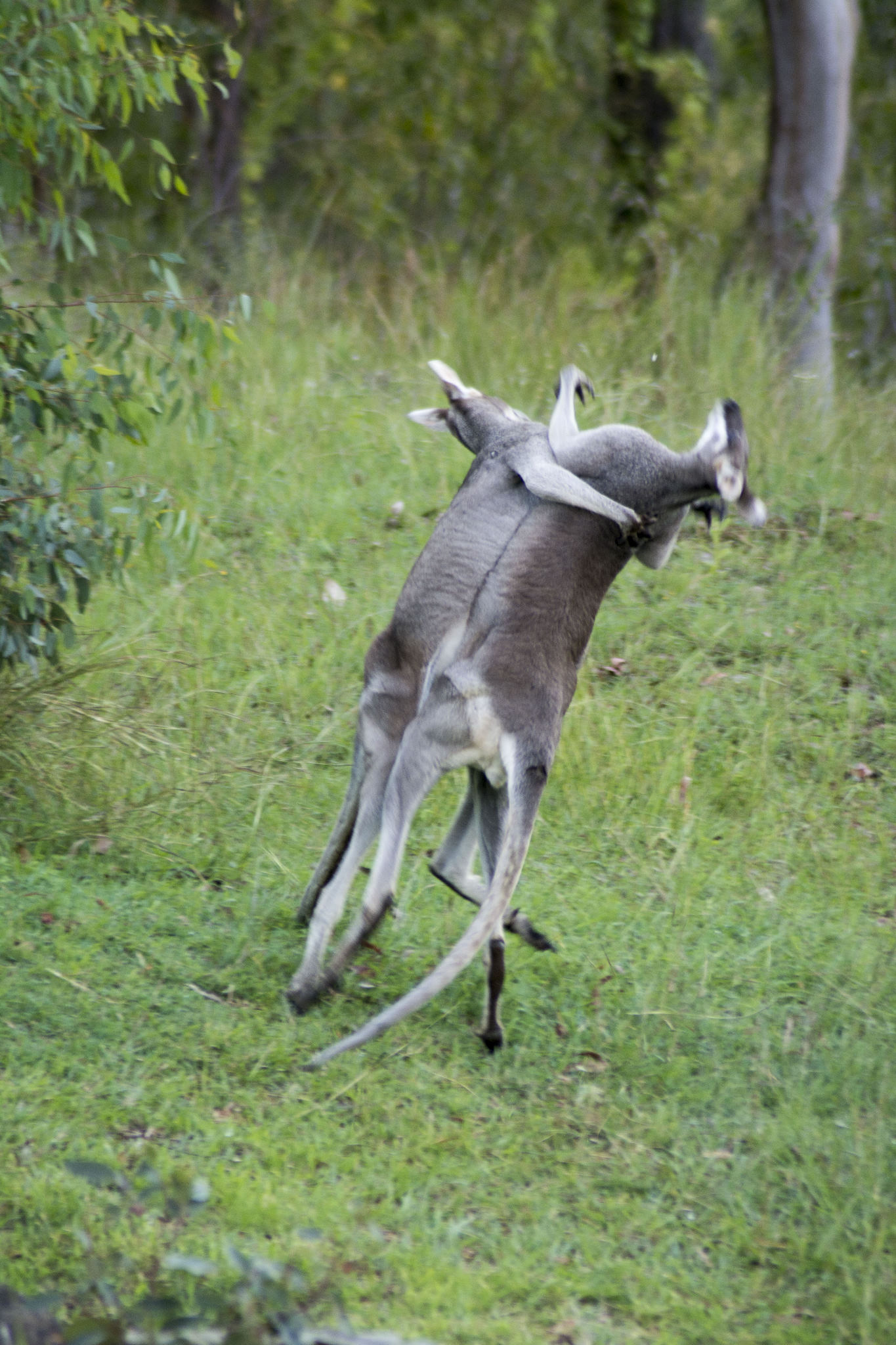 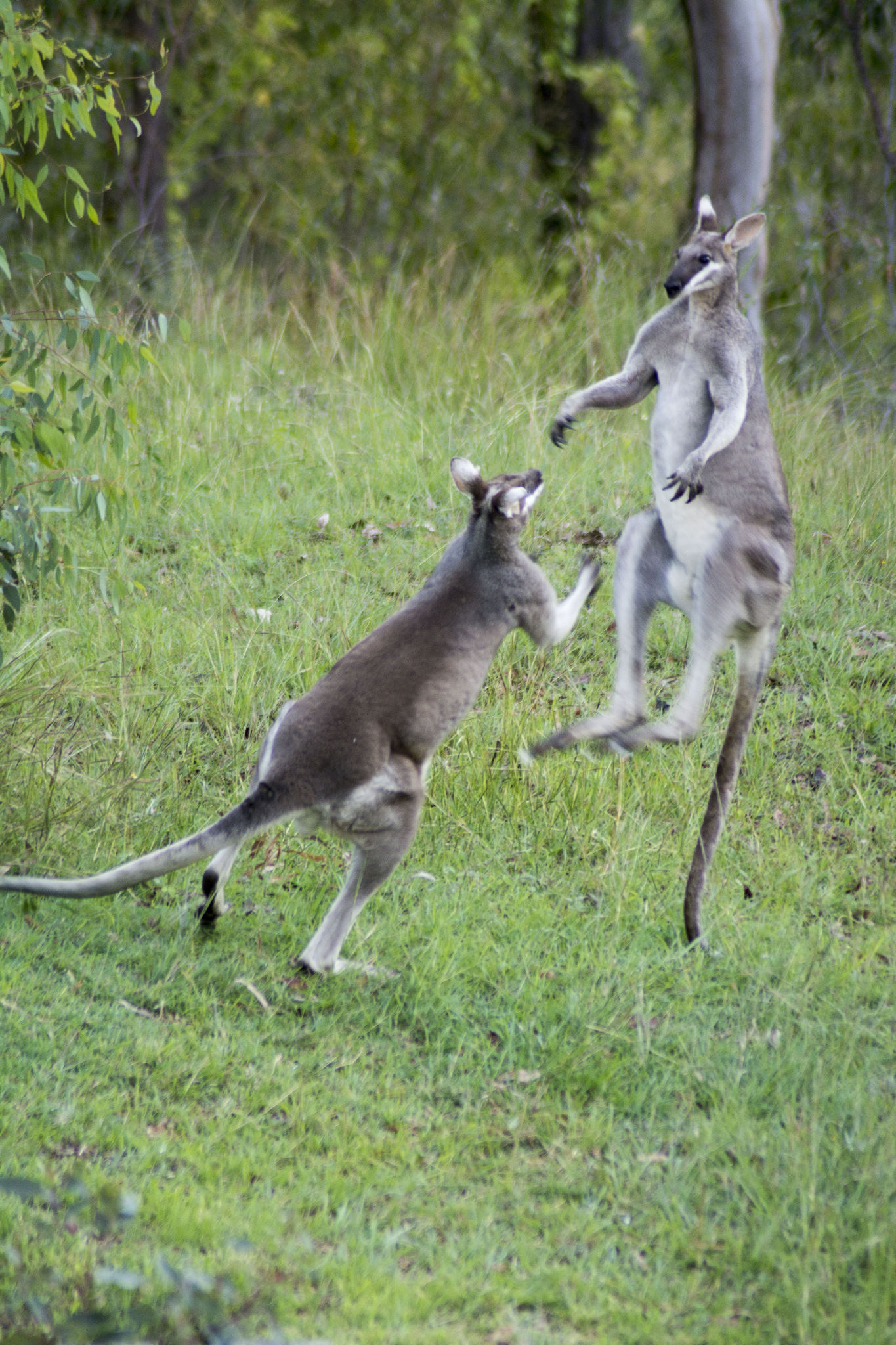 Towards the end of the fight, they moved closer and were soon fighting near the lower deck and bottom stairs.  There were a few big ‘thumps’ as one or both of them hit wooden structures as they continued to battle.

But that did not stop them….   the fight continued…

Near the end, “The King” – being the larger of the two – started to get the upper hand.  Despite the best efforts of the “young buck” he was no match for the old man.

This was no wallaby play-fight.  The ground where they were fighting was littered with chunks of fur. So some serious damage was done.

We have not seen the ‘young buck’ again. 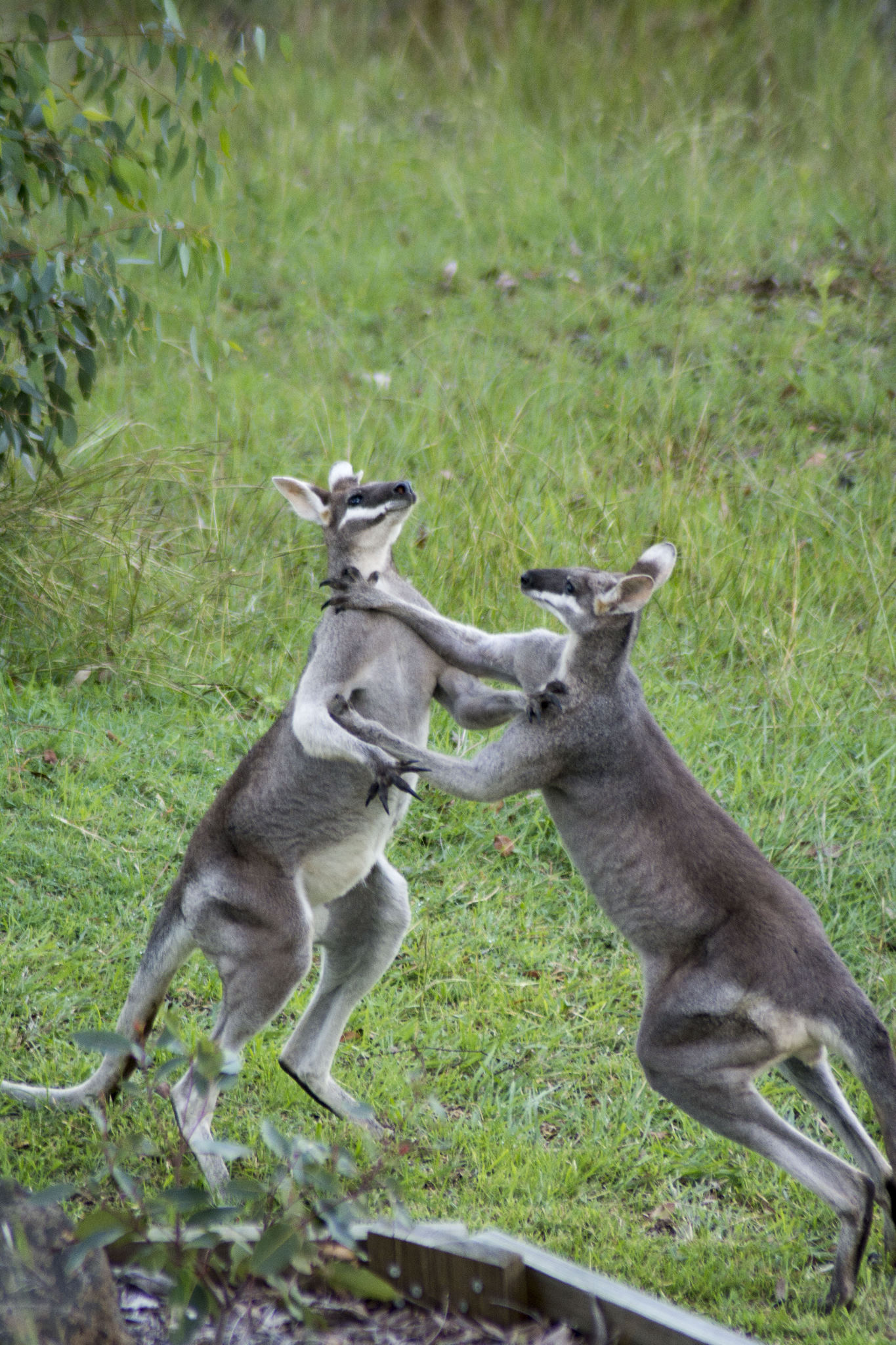 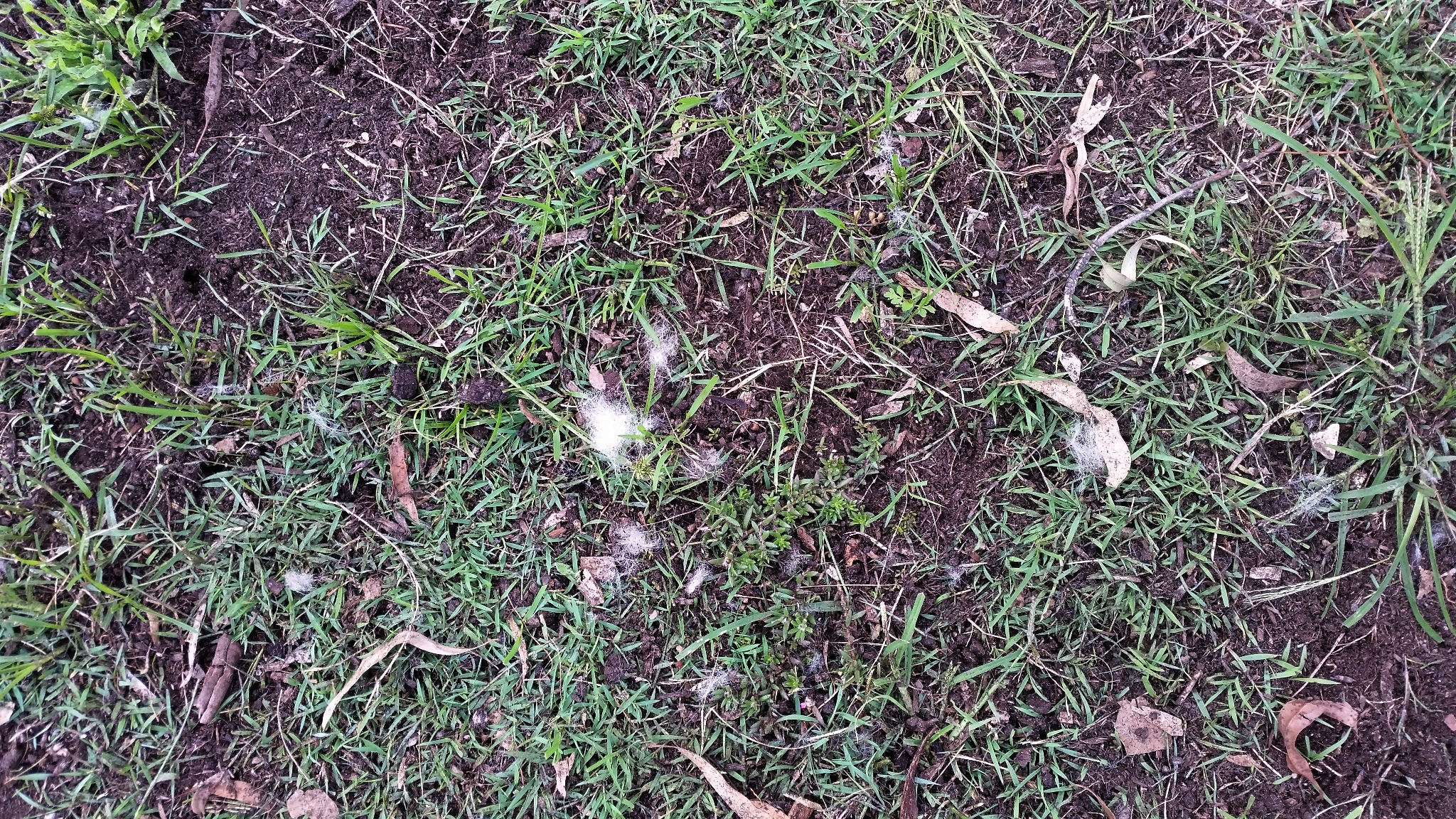